John McGuinn, Esq. is an accomplished trial lawyer with 54 years of experience handling a wide range of civil matters, with particular emphasis in the fields of employment law and personal injury, including maritime law. In addition to evaluating and settling or otherwise disposing of hundreds of cases prior to trial, he has tried to verdict over 50 jury trials in the areas of catastrophic injury, wrongful death, insurance bad faith, employment discrimination, and wrongful termination.

A graduate of U.C. Berkeley’s Boalt Hall School of Law, Mr. McGuinn has been recognized by Super Lawyers as one of the top trial lawyers in the state and by Best Lawyers in America continuously throughout its publication as one of the country’s outstanding trial attorneys in the area of employment law. He has been a member of the American Board of Trial Advocates (ABOTA) since 1983, served as President of its San Francisco chapter in 1998, and was President of CAL-ABOTA in 2001. He is a Fellow in the International Society of Barristers, a Fellow of the American College of Trial Lawyers, and a Fellow in the American College of Labor and Employment Lawyers.

Mr. McGuinn has also devoted significant time to developing his skills in alternative dispute resolution. He attended the Straus Institute for Dispute Resolution and has acted as a mediator in numerous disputes since 1991, particularly in the areas of personal injury, wrongful death, and virtually every aspect of employment law.

BAR ADMISSIONS
Mr. McGuinn is admitted to practice in the U.S. District Court (Northern, Eastern, Central, and Southern Districts of California); the U.S. Court of Appeals for the 9th Circuit; and the State Bar of California. 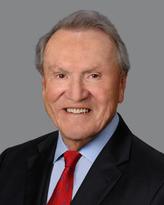 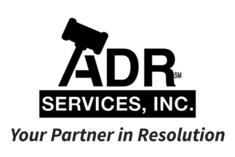